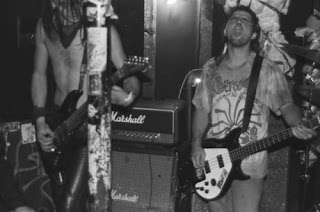 2000 DS A.K.A 2000 Dirty Squatters was a travelling, squatting Hardcore Punk outfit with musicians and artists from Wales, UK, Germany, Spain, Italy, US and other countries. Fronted by none other than legend Gary DS who, as you may know already if your a DS fan, sadly passed away in August 2011 in a tragic car accident in Jamaica, along with other close friends and members of his family R.I.P.
2000 DS - Baton In Hand
This is the first track I heard of 2000 DS, brilliant sound!!
What Gary DS and the rest of the dirty squatters (crownies) have done for the underground DIY squat punk scene for the last 30 years will never be forgotten. 2000 DS is one of my favorite bands of all time not only do I love every track 2000 DS have ever done but the ethos of the band is something very special indeed, huge focus, true D.I.Y. ethic and really great people, they've had many different line up's with squatters from all over the world joining the family as they traveled all over the world.


2000 DS - Reality
Another track off the Album 'Harder Than Core'
Gary was also managing director at Scrap Records a D.I.Y label (more like a collective) releasing many of the DS releases along with Crowzone (Gary DS and other members of 2000 DS) , Deadsilence Syndicate (fronted by Gary DS), Criminals Of Evolution (another Gary DS band), Headjam, Tribazik and many more. Scrap Records also organised the Great Wreak N Roll Circus (which I might add is one of the best Gig/Party you'll ever go to) putting on some amazing bands such as, Here & Now Band, AOS3, Dread Messiah, Inner Terrestrials and many, many more.
2000 DS - Internation Operation
Also from 'Harder Than Core', in some respects the anthem of 2000 DS all about traveling and squatting the International Operation!

As my way of saying thank you to 2000 DS and all it's members for making such inspiring music I am making this section on my blog and including videos of tracks, live gigs and any other related information to spread the word about this great band, I will also be attending The London Crowshow a Gary DS Family Benefit gig on the 15th of October 2011 (info on this gig can be found on the Gigs / Events page on this blog) as well as this I will be donating as much money as I can at the benefit which I've been promoting as much as I can and encouraging people to donate, finally I have included a free download of the first 2000 DS album I ever heard; 'Harder Than Core' which can be found in the Free Downloads section of this blog.


Live Seattle, Washington
Performing the track DS Version.
Gary had long been an active figure in the squat punk, traveler, anarcho benefit scene in the UK as well as in Berlin and New York. He had just started working on a traveler squat punk film project with Julian Temple as well as continuing the Great Wreck N Roll Circus projects and constant gigging. They will be greatly missed by their many friends in the community.

2000 DS - Harder Then Core (more widely know as 'Untitled') 1992
Go to the Free Download section of this blog to download this on MP3, I'll probably upload more 2000 DS there when I get the chance so keep checking it. 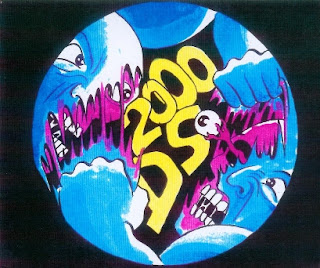 2000 Dirty Squatters – K-137 Live Musik From Kopinecker Strasse, Berlin '91
Amazing Live album from 2000 DS, really gives a true feeling of what this band is about and how sick they are live. Would upload it but only have it on vinyl. You should go and buy it!! 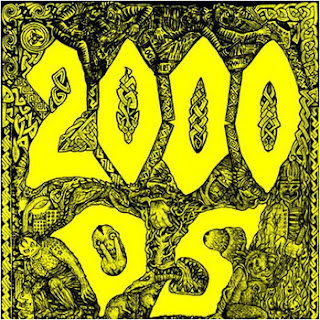 2000 DS - Crowzone 2000
Much later in the Dirty Squatters' discography, more industrial/trash sound along with the classic DS edge, still one of their best albums, essential!! Check below for a few tracks off this album. 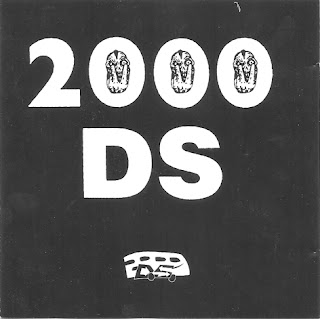 2000 DS - Sound Has Been Found
Another track from their 'Crowzone' album
Crowzone - Dirty Squatters
Although not strictly 2000 DS, here's a little taster of the band that DS became, Crowzone. Focusing more on live improvisation Crowzone's album 'Crowzone BC' is made up of recordings of live sets all over the globe, try grab yourself a copy of you can, not to be missed.
Finally here are a few links of interest, for more info on this band or anything I've mentioned in this post check the links below:
2000 DS website:
http://www.dirtysquatters.com/2000ds/index.html
Dirty Squatters website:
http://www.dirtysquatters.com/index.html
Scrap Records website:
http://www.scraprecords.com/
2000 DS Myspace:
http://www.myspace.com/2000ds
Crowzone Myspace:
http://www.myspace.com/crowzone23
2000 DS Discogs page:
http://www.discogs.com/artist/2000%20Ds
Crowzone Discogs page
http://www.discogs.com/artist/CrowZone

A World We Never Made